The onset of the COVID-19 crisis resulted in additional powers being granted to the Garda Síochána, as well as greater demands being placed on the organisation. The Garda Síochána were also proactive in establishing initiatives to serve the needs of communities.

In the context of additional powers being given to the Garda Síochána oversight of policing became even more relevant and more critical. From the emergence of COVID-19, the Authority had frequent, open and effective contact with the Garda Síochána about both its preparedness for and the day-to-day management of policing during this time. This included ongoing interaction with the Garda Commissioner and his colleagues to ensure that policing responses and any use of new powers were necessary, proportionate, and carried out in a manner that respects human rights.

Following a request by the Minister for Justice, the Authority provided regular reports, 16 in total, to the Minister on oversight of COVID-19 policing. As well as ongoing contact with the Garda Síochána, these reports were informed by extensive engagement by the Authority with a diverse range of stakeholders, including community groups, and NGOs representing victims and minority communities. These reports are available below. 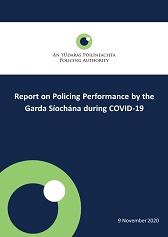 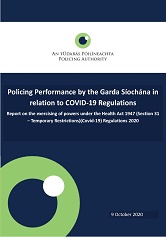 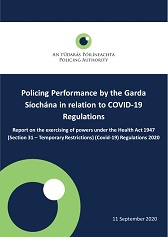 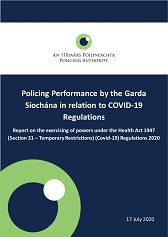 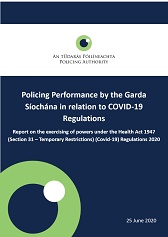 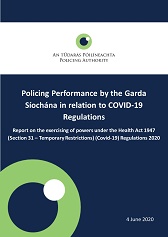 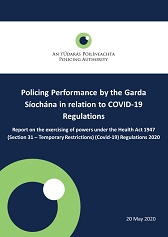