The Policing Authority today publishes its half-year assessment of the Garda Síochána’s performance against the Annual Policing Plan for 2019. 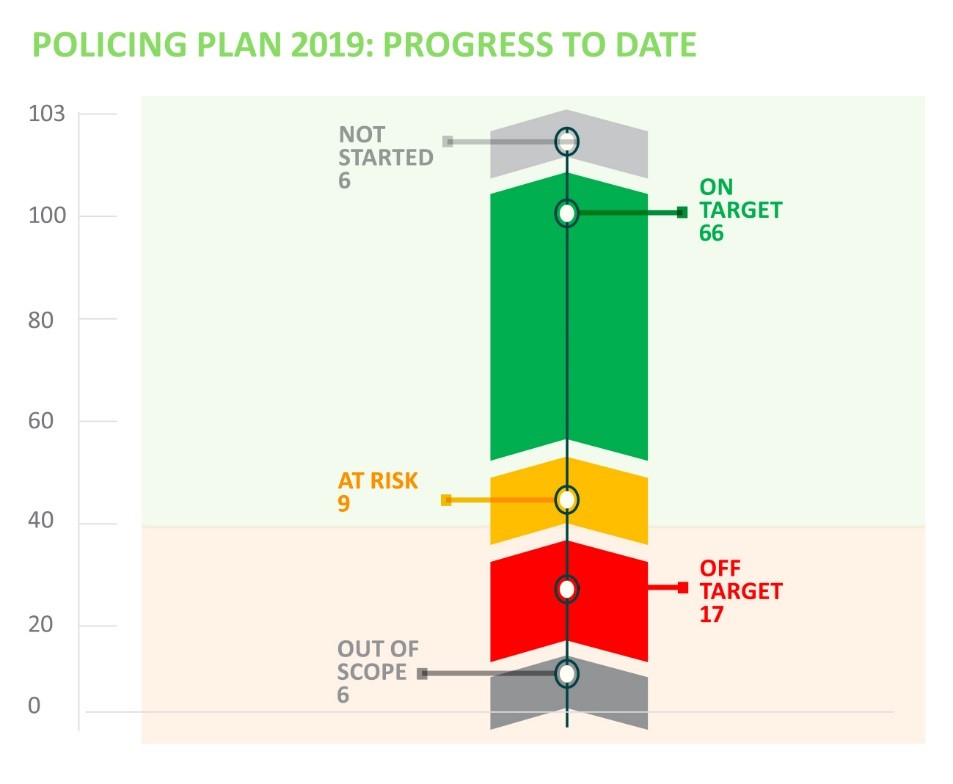 The Authority was disappointed not to be able to make an assessment regarding performance against numerical targets in the Plan relating to crime levels and detections. This is because the Garda Síochána is pursuing a new approach to measurement, but has not yet finalised the revised system of presenting crime data. This is of concern to the Authority. Detections reflect the Garda Síochána’s capacity to solve crime and are important in maintaining public confidence in the law enforcement. Against a background where the Central Statistics Office crime statistics are published ‘under reservation’ and where the Garda detection rates dropped in 2017 and 2018, the absence of reliable data limits the Authority’s ability to assess key performance measures and to provide the public with a sense of progress.

The Authority will assess this Policing Plan commitment as soon as the data is available.

The Policing Authority welcomes the considerable progress against a number of key commitments in the 2019 Policing Plan, but is aware that challenges remain to the full realisation of the plan.

The Policing Authority will continue to assess policing performance across the remainder of the year and will publish a full year assessment in early 2020.

An Nuacht is Déanaí

The Policing Authority has today published its Review of 2020 which provides an overview of the breadth and depth of the work it has undertaken this year. Since April 2020, the Policing Authority has been reporting to the Minister for Justice on policing performance by the Garda Síochána during the COVID-19 crisis, and has today published its tenth in a series of reports on the topic.